What I’ve Learned From Animals {part 2} 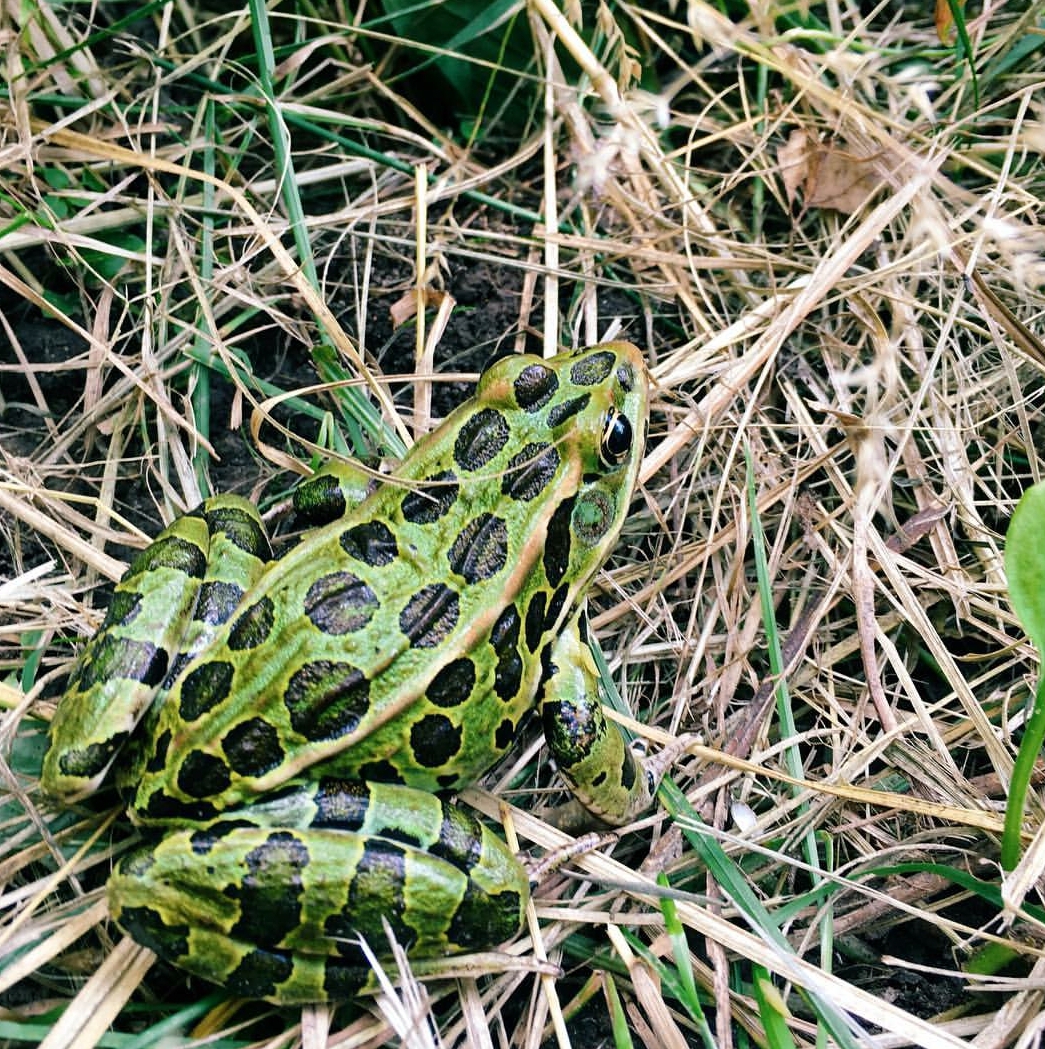 My Mom always thought I would end up as a marine biologist or a zoologist or really anything that started with nature and ended with a “gist”. She could still be right someday… after all, I have a lot of life left to live. Maybe I’ll be the first to discover a new species of beetle in Madagascar!

I don’t know when my Mom first saw this in me, but I would guess it was early on in my childhood. She let me convert fish tanks into turtle sanctuaries, frog paradises (paradisi?), and I dreamed of one day graduating to reptiles. Never made it that far, and I don’t know if my chances are any better with Alyssa 😉 One memory I know my Mom will never forget is when the frog got out of my aquarium.

It was an early Sunday morning and the house was bustling with activity. We were all trying to get ready for church and I was looking intently at my glass case of nature that was set up in the room my twin brother and I shared. I had been keeping a medium to large-sized leopard frog in a semi-swamp habitat ever since its capture at the lake cabin a couple days before. These amphibians are a beautiful emerald green with smooth black spots on their backs. To a nature boy in North Dakota, the leopard frog is a true delight. They are such a kind looking frog with eyes circled by brown irises that just seem to say “I trust you and you are my friend” whenever you look at them. Seeing them jump is truly amazing as they can jump several times farther than their body length in a single bound. But I digress…

All of this did not matter, for the frog was gone. I knew he was gone the moment I laid eyes on the glass. I became frantic as my mind raced through all the possibilities of his whereabouts. Even though he was “free” I knew his chances for survival and “intellect to escape” ratio were not in his favor. ND is a dry climate, and our house was at least five miles from the river or nearest body of water (that wasn’t a backyard pool). But, choir practice started at 7:55am and I hadn’t eaten cereal. I was positive he had escaped through the back cutout on the tank light/cover, but wasn’t sure how far I was behind him. He may have been out of that glass case of emotion for 8+ hours at this point.

I kicked myself for being so stupid.

I knew that if he had found the stairs, he was not going back up. But, in pursuit of a dark damp place… at night… he could be anywhere. I don’t believe I told anyone my froggy friend was gone until we were heading out the door. My Mom’s response was a mildly reassuring “Well, I guess we’ll find him when we get back”. This brought no comfort.

I was no good at church that day. I was too busy channeling Sherlock.

But after turning my room inside out later that day and scouring the house with hardly any evidence to go on, I gave up hope. The only thought that could put me to bed was the irrational “maybe he somehow jumped outside when the door was open and we just didn’t see him.” But a stronger thought was, “what happens if he crawled into an A/C vent?”

Two or three days later, Mom was going out to pick weeds in the garden when I heard a shout! I RAN downstairs to find her in the kitchen with one garden shoe on and the other kicked into the corner. I didn’t have to look in the shoe before I knew what had happened. My friend had found his dark damp place and had gone raisin. Raisins are dried grapes, and some people really like them. However, when it comes to the amphibious, “raisin” ain’t no good.

I took my dehydrated frog out to the garden with my Mom for a proper burial. I may have said a few words and shed a tear, but I just remember feeling so bad about that frog. As young as I was, I knew that I had pulled that “trusting” frog out of his element so I could enjoy him whenever I wanted. He didn’t belong in a see-through box. He belonged next to a creek in the tall grass. He belonged on a smooth rock with his lanky legs dangling in a pond. He belonged near water.

The fourth lesson I’ve learned was taught to me by frogs: If you don’t live in the proper environment, you will shrivel up.

You see, we can survive in a lot of different social, emotional, and spiritual habitats. But God created us with a specific environment in mind. What makes your soul come alive? Is it status? I doubt it.
Is it money? Not for me.
Is it worry? Not a chance.
Is it busyness? Try again.

If you feel like a dried frog, then I URGE you to find your water.

A good place to start is by “giving back.” A good person to start with is someone who has shown you water before. Be grateful to them for exhibiting the environment that made you come alive. Listen to how they got there. Take action to produce this in your life. Be aware: If you are dried out, water will feel unusual at first.

Maybe like me, you are keeping someone from their ideal environment. Often times, this is unintentional which makes it harder to detect. Are you boxing-up a strong quality in your friend, spouse, child that really could be something beautiful? What will it take to release them into the wild again? Is there a way to urge them closer to the edge of the pond? Sometimes in pursuit of safety, we err on the side of not living. Let’s make a splash, not a raisin.

You may not like frogs like I do, but I know you will never see them the same way again!